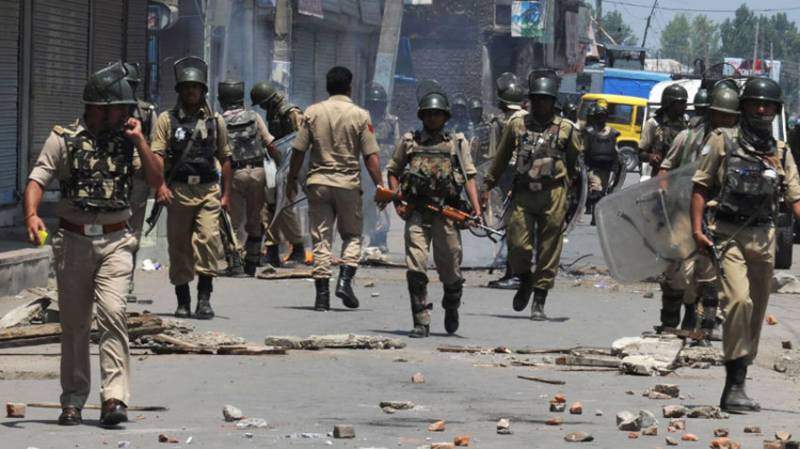 According to police officials in the district said, on Thursday morning during an encounter near Nagrota in Jammu district four people travelling in a truck were killed.

Indian troops along with CRPF and army opened fire on a vehicle in which they were travelling at Ban Toll Plaza near Nagrota on Jammu-Srinagar Highway.

They were travelling from Jammu to Srinagar in a truck when they were shot to death in a fake encounter by Indian troops at Ban Toll Plaza in Jammu early today.

Without any evidence Indian Army as usual claimed that youth were members of Jaish-e-Mohammed group. The area was cordoned off and additional forces were rushed to the spot.

Indian military offensive had been continued in valley to crush the Kashmiris’ freedom struggle. Killing Kashmiri youth has become a regular feature for Indian security forces to bring about demographic change and to wipe out Muslim majority, by a slow trickle of youth.