Indian Aggression against Kashmiris on Both Side of Line of Control 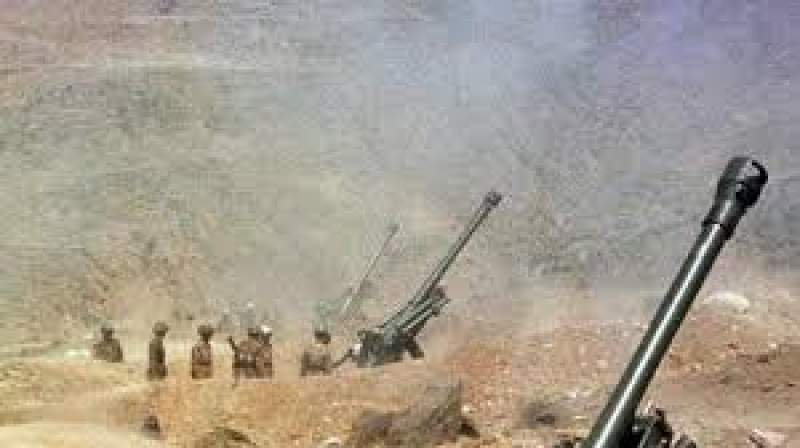 MUZAFFARABAD, 30 April 2020, TON, Indian artillery guns continued firing of positions across the Line of Control (LoC) in disputed Jammu and Kashmir State martyring a woman and a young girl while injuring two persons including a young boy.  Pakistani military and government sources on Thursday confirmed firing by both the India and Pakistani Armies on each other positions. In a statement, Sardar Masood Khan, President of disputed Azad Jammu and Kashmir said was the latest cease-fire violation by India is aimed to target civilians to demoralize the Kashmiris.

In a statement, the military blamed Indian troops for initiating an “unprovoked cease-fire violation” in the villages of Kailer and Rakhchikri along the LoC on Wednesday night.

Both the Armies blamed each other and claimed heavy losses to each others’ troops. The acts of both India and Pakistan are in violation of 2003 cease-fire accord between the two countries.

Indian military spokesperson, Lieutenant Colonel Devender Anand said in a statement that Pakistani troops carried out unprovoked firing on Indian positions with small arms and mortar shells in at least four places on Wednesday evening.   He said, "Pakistan violated  cease fire in Shahpur and Kirni sectors of Poonch around 5.15 p.m on Wednesday and later they resorted to mortar shelling in Mankote and Mendhar sectors of Poonch.

Pakistan’s Foreign Ministry on Thursday summoned an Indian diplomat in Islamabad in protest and conveyed to New Delhi that such cease-fire violations were posing a threat to regional peace and security.

Meanwhile, Indian Army and security forces carried out search and elimination operations in mostly seven selected villages from which youth carried out protests post 5 August Indian occupation of Jammu and Kashmir State. Reportedly, since 15 February as many as 32 youth are missing who have been either killed or in Indian military detention centers.