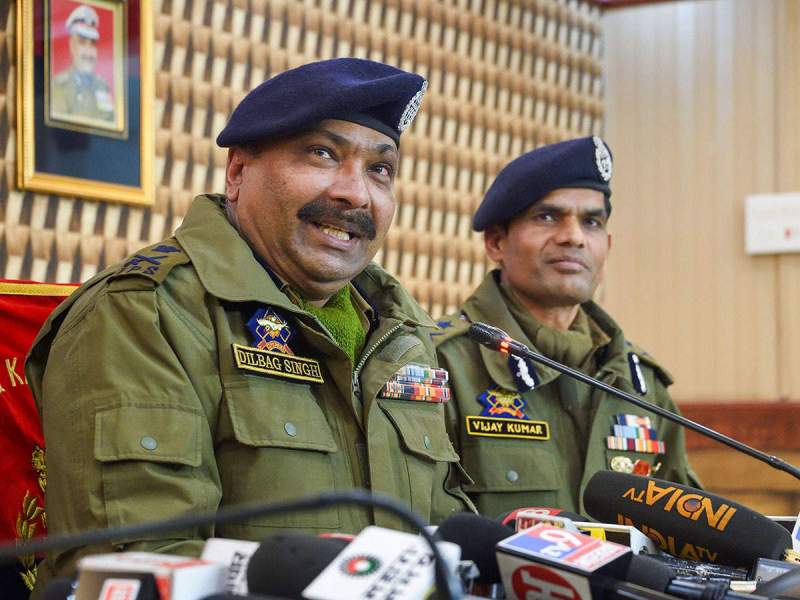 PULWAMA, 28 May 2020, TON: Inspector General of Police (IGP) Kashmir Range, Vijay Kumar on Thursday claimed to have averted a major tragedy by security forces when Police intercepted a car fitted with around 45-kg Improvised Explosive Device (IED) in southern Pulwama district. As per the details, IGP addressed a press conference in Srinagar, and disclosed that on the tip of Indian Army, Jammu and Kashmir Police intercepted a private car jointly operated by the Hizbul Mujahideen and Jaish-e-Muhammad militants in which at least 40 to 45 kgs of explosive material was fitted in a bid to target security forces.

IGP Vijay Kumar said, “Alerted by Indian Army Police set up special Nakas at various points since yesterday. Our men stopped the suicide attacker at two Naka points (Check Post) and fired warning shots at both the sites. The attacker abandoned their vehicle at Naka and left behind the vehicle late night yesterday in Ayagund area of Rajpora in Pulwama district.” He added, “a militant identified as Adil who works for Hizb and Jaish and two other militants of these outfits were behind the act.”

The personnel of 183 Central Reserve Police Force (CRPF)  however, refuted the claim and said that they saw at least one of the vehicles on Tuesday morning in an abandoned condition in Ayagund area and there was no traces of IED or explosive in the vehicle. The bomb disposal squad also claimed that they were alerted on Tuesday night; however, they were requisitioned on Thursday morning to check a civilian pattern vehicle, which was carrying Nitrogen Fertilizers, “Calcium ammonium nitrate (CAN)” which may be used in preparation of explosive material.