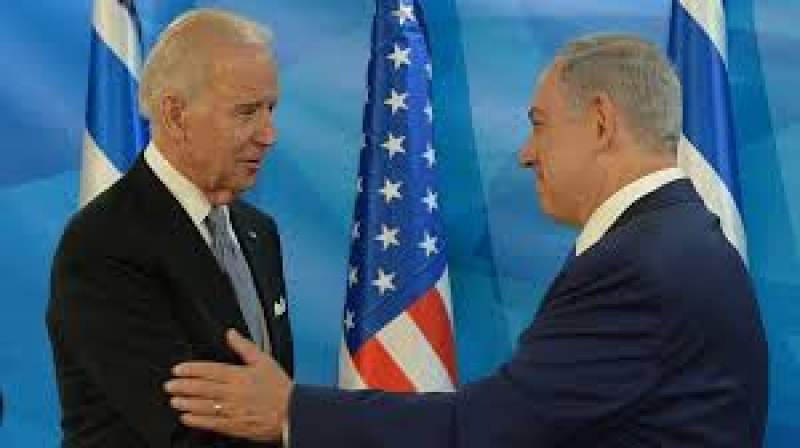 WASHINGTON,23 August 2020, TON: Presidential candidate and his Vice President, Joe Biden and Kamala Harris have greeted Hindu community on “Ganesh Chaturthi” and expressed hope for a new beginning. Biden tweeted, "To everyone celebrating the Hindu festival of Ganesh Chaturthi in the US, India, and around the world, may you overcome all obstacles, be blessed with wisdom, and find a path toward new beginnings." But Indian in US and back home are not happy and much concerned. Many people fail to understand the question on the lips of every second Indian, “Harris is Indian while Sonia Gandhi an Italian?” Sonia Gandhi is President of Indian National Congress and rumors have spread that she is considering resigning. Is this India’s internal affair or have something to do with forthcoming elections in United States relating to Joe Biden and Kamala Haris? Joe Biden has moved two steps forward by declaring “Will back India against threats on border”. Is this a “Trojan Horse” and repetition of  1813 Charter Act provisions which removed the ban on missionary activity and establishment of a Churches in India.

President Donald Trump is a strong candidate for White House in the 3 November 2020 presidential elections in the United States. In the last week of June 2020, White House Deputy Press Secretary Ms Sarah Matthews in a statement to media said, "President Trump is incredibly grateful for the widespread support he has received from the people of India and from millions of Indian-Americans across the United States." It is now an open secret that traditionally Indian -America vote is for the Democratic Party but quickly the Indians and Pakistan origin are switching towards Republicans and President Donald Trump. Prime Minister Narendra Modi and President Trump have understanding the the investments in each other countries and in addition, India has become an important US’ multilateral partner around the world.

To counter, President Trump growing popularity in Pakistan and India, US forthcoming election rival, Joe Biden has played his Indian card to choose Ms Kamala Harris, a Senator having Indian origin background from mother side and married to a Jewish Los Angeles lawyer as his vice President to divide Indian votes. Ms Kamala Harris a fine lady made a good dent in President Trump popularity but not in the minds of those who were already in President Trump’s camp, forming 55% of total Indian-American votes. Other reports say Trump has 50% and not 55%. Interestingly, Joe Biden’s move has been supported by Indian National Congress Party back in India where former President of the Indian National Congress Rahul Gandhi tweeted on 29 April 2020, “I'm dismayed by the "unfollowing" of our President & PM by the White House. I urge the Ministry of External Affairs to take note.”

Fair and transparent elections are much desired but as thing are being unfolded there are some quite suspicious thing coming up, which no one will like to share at present. Indian Prime Minister Narendra Modi is much upset over nomination of Ms Kamala Harris as she claims to be of Indian origin of Christian-Jewish faith. Indian Ministry of External Affairs said in a statement, “the government would not make any statement on the development, as it could be seen as interference in the US’ internal politics.” If we recall, PM Modi quoted US President Donald Trump’s 2016 campaign slogan “Abki baar Trump Sarkar” in his speech. New Delhi is worried because Kamala Harris has remained a tough critic of India’s internal policies under Prime Minister Narendra Modi, especially Indian occupied Jammu and Kashmir. She was quoted to have repeatedly said, “We’ve to remind the Kashmiris that they’re not alone in the world”.

Bharatiya Janta Party, Rashtriya Swayamsevak Sangh and other like minded groups, in recently different formal and public meetings were much perturbed as President Trump never interfered in their religion and regarded Hinduism as religion of peace but Joe Biden and Ms Kamala Harris were reportedly targeting mass conversions of faith. This might be apprehensions of the Hindu religious groups and common Hindu, who struggled to get rid of European occupation which costed tens of thousand conversions from Hindus to Christianity.  Tamil Nadu Deputy Chief Minister O. Panneerselvam had also tweeted on the announcement, calling it a “moment of pride for Indians, especially for the people of Tamil Nadu”, as Ms. Harris’s mother belonged to Chennai.

It is on record that after meeting the Indian Prime Minister Narendra Modi in New Delhi in January 2015, US President Barack Obama urged India not to stray from its constitutional commitment to allow people to freely "profess, practice and propagate" religion. Eric Metaxas in his show recently said that Kamala Harris has “no core values” and is only driven by ambition and power and also said she is an “evil protean figure”. President Trump tweeted last December, “have a Radical Left nonbeliever, who wants to take your religion & your guns, than Donald Trump as your President. No President has done more for the Evangelical community, and it’s not even close. You’ll not get anything from those Dems on stage. I won’t be reading ET again!” One wonders American withdrawal from Afghanistan has already been announced by President Trump but what Joe Biden announcement means about American presence in India, “Will back India against threats on border”.