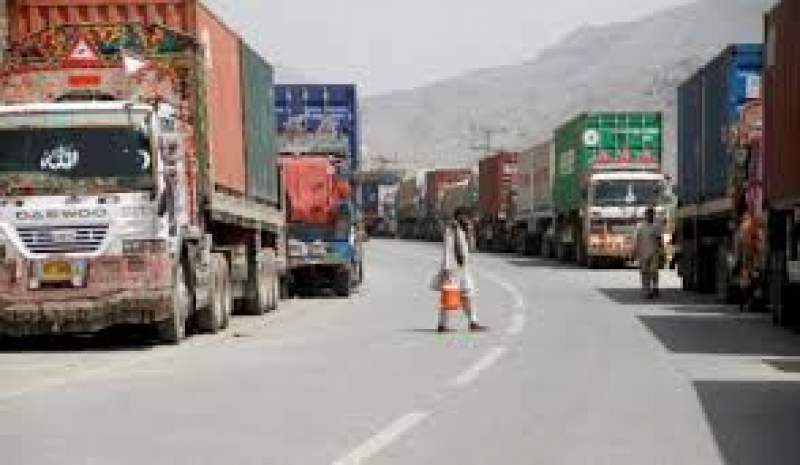 KABUL, 17 October, 2020, (TON): According to Afghanistan Chambers Federation (ACF) trade between Afghanistan and Pakistan will significantly drop down by the end of this year because of different hurdles including “extortion”, transit issues and recent closure of crossing points among the both neighboring countries.

Afghanistan Chambers Federation also predicted that trade will be less than $1 billion this year.

ACF Deputy Chief Khan Jan Alokozai said “This year our trade relations with Pakistan have been affected massively compared to the past”.

He added that “The trucks that are coming from Pakistan are not searched. Up to 200 vehicles are entering Afghanistan from Pakistan per hour, but when the vehicles unload and go back to Pakistan, it takes up to 40 minutes for them to enter Pakistan due to security procedures (by Pakistani officials)”.

The ministry of Industry and Commerce vowed to address the problems through talks with Pakistani officials.

Jawad Dabir, head of public relations of the Ministry of Industry and Commerce said that “There is one road at Torkham crossing through which trucks travel in turns”.

Pakistan has been a main trade partner for Afghanistan in recent years with an annual trade volume of approximately $2 billion.

Pakistan special envoy for Afghanistan Muhammad Sadiq on Friday said in a tweet that 19,000 multiple entry visas were issued to Afghans in the last five days.

This follows a trip of Abdullah Abdullah, head of the High Council for National Reconciliation to Pakistan.

“The new visa regime for Afghan citizens is now enforced. Under this regime long term multiple visas are being issued to all categories of Afghan citizens including visitors, students, businessmen, investors and patients,” Sadiq added.