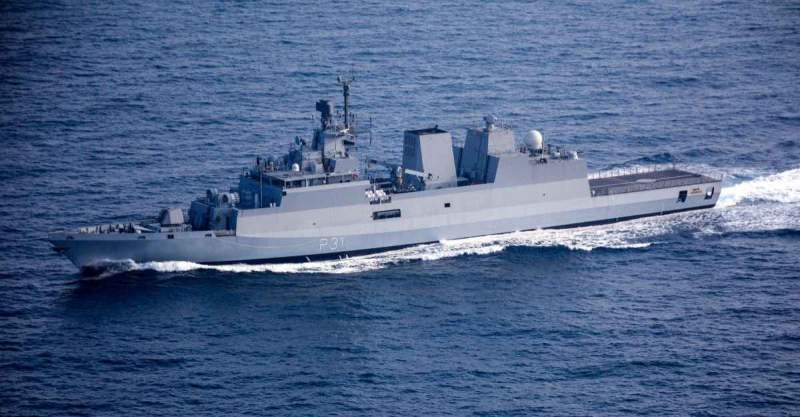 VISAKHAPATNAM, 23 October 2020, (TON): Indian Army Chief General M M Naravane was on visit to Naval Dockyard in Visakhapatnam on Thursday, where he commissioned anti-submarine warfare vessel INS Kavaratti. On the occasion, he said that it is a major step in ensuring security of maritime domain of the country.

Built by Garden Reach Shipbuilders & Engineers (GRSE), Kolkata, the ship is 109 meters long and 12.8 meters broad and is highly maneuverable with a speed limit of 25 knots.

As per the sources at Visakhapatnam, INS Kavaratti already existed in Indian Naval fleet and it is neither new nor indigenous as it was the same ship which participated for the defence of India shores not very insignificant ship in the past. It was US Naval ship that prevented Pakistani supplies from coming to Bangladesh during civil unrest in 1971. The same participated in various exercises, especially in 2000s and afterwards. INS Kavaratti was also remodeled after refit. It was also reported that the US has also provided Indian Navy with same class ship last year.