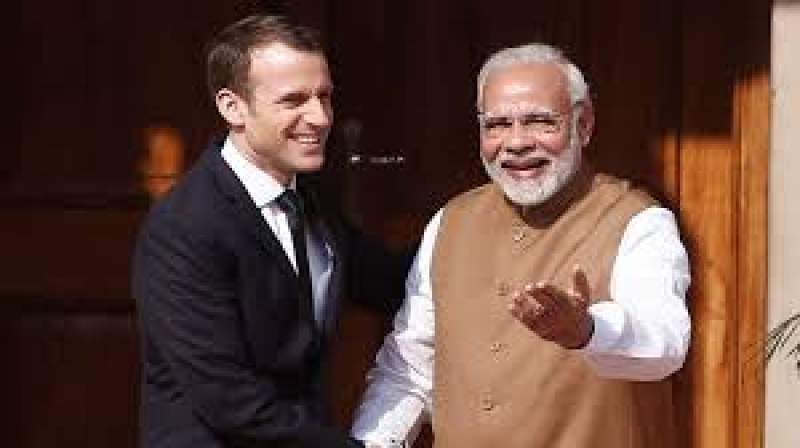 NEW DELHI, 29 October, 2020, (TON):  India has come out strongly in support of France following the beheading of a teacher by a Muslim immigrant two weeks ago.

Official statement by the Indian government, said that it "Strongly deplores the personal attacks in unacceptable language on President Emmanuel Macron in violation of the most basic standards of international discourse". The Ministry of External Affairs condemned the attack saying that it was brutal terrorist attack that took the life of a French teacher and has shocked the world".

France’s fragile relationship with its Muslim minority, the largest in Europe, is at breaking point.

The deployment of mindless hate-mongering against Muslims has become so obvious by Hindu leadership in India.
Indians at home and abroad have been expressing solidarity with France ever since the middle-school teacher Samuel Paty was beheaded by the 18-year-old Abdullakh Anzorov inside a school near Paris on October 16. Several protest and rallies were organized in France since the beheading of a teacher.

President Macron called it an act of Islamist terrorism after it emerged that the Muslim immigrant had taken offence to Paty showing his students Charlie Hebdo cartoons in a class on freedom of expression.

On one hand Indian government is paying condolences to France teacher’s family but on the other side Indian government targeting Muslim in Kashmir and India to create a Hindu state. India government shows the broad allure of right-wing Islam phobic policies across the world. Muslims of India are facing systematic discrimination, prejudice, and violence, despite constitutional protections.

Muslims in India have been increasingly at risk since the Hindu nationalist Bharatiya Janata Party (BJP) government was first elected.