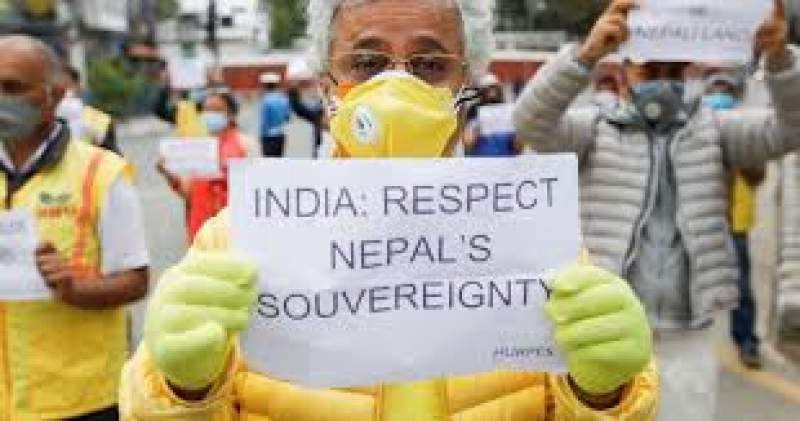 Katmandu, 5 November 2020, (TON):  In the mist of tense bilateral relations between India and Nepal over numerous issues, the Indian Army Chief, General Manoj Mukund Naravane, reached Nepalese capital Katmandu on a three-day visit to Nepal. Indian Army Chief would call on President Bidhya Devi Bhandari and will also visit the Army Command and Staff College in Shivapuri near Kathmandu.

General Naravane reached Katmandu airport, where he was received by Lieutenant General Prabhu Ram Sharma, CGS Nepali Army. In the near past, on 21 October this year, the Indian Intelligence Chief of Research and Analysis Wing (RAW) visited Kathmandu and met with Prime Minister KP Oli to convince him to take back Nepal’s claim that 'real Ayodhya' is in Nepal and 'Lord Ram belongs to Nepal as he is Nepali and not Indian'.

It also intends to dispatch a team of Indian military doctors and para medical staff to Nepal. As per the details, Indian doctors would carry out tests and experiments on Nepali patients to find out care for COVCID-19. In this regard, India gifted medical equipment including X-ray machines, computed radiography systems, ICU ventilators, video endoscopy units and anesthesia machines, for two field hospitals of the Nepali Army.

India has planned to announce military support to Nepal in its operations against insurgents. As per the Nepalese opposition leaders who protested on Indian Army Chief’s visit, India is trying to settle Madhesis community residing in Indian states of Bihar and Uttar Pradesh in Nepal to develop Indian influence in Nepal.  The issue of Madhesis has been intensified by the Indian agencies, who intend to settle them in Nepal to create law and order situation.