6 including soldier martyred in AJK, 10 killed on Indian side in major escalation along LoC 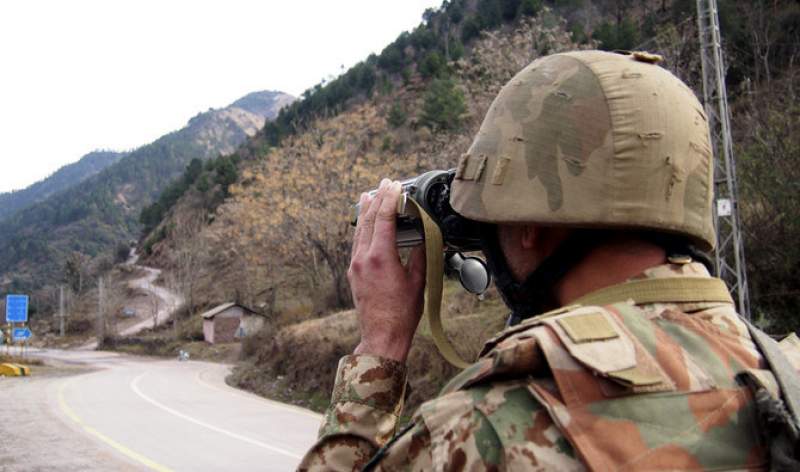 ISLAMABAD, 14 November 2020 (TON): Five civilians and a Pakistan Army soldier were martyred, and 17 others, including five soldiers and 12 civilians, injured on Friday in "unprovoked and indiscriminate" firing by Indian troops from across the restive Line of Control (LoC) in several areas of Azad Jammu and Kashmir (AJK), official from Inter Services Public Relations (ISPR) said.

According to the Inter Services Public Relations, the Indian Army licked dust at the hands of few freedom fighters in an alleged encounter in Indian Illegally Occupied Jammu and Kashmir (IIOJK), and instead of resolving the crisis through finding out the reasons within, it opened unprovoked fire along the LoC at different sectors targeting both the civilian population and Pakistan Army check posts.

“The Indian Army on the night of 7th and 8th November reportedly had an encounter with few freedom fighters in District Kupwara, well within IIOJK territory, opposite Neelum valley, wherein it suffered few casualties, including four soldiers,” referring to the latest flare up, an ISPR press release said.

"To ward off the humiliation faced by Indian Army in front of domestic audience, instead of finding the reasons from within and addressing the same, on November 13, 2020, Indian Army opted for resorting to unprovoked and indiscriminate fire of all calibres, including artillery and heavy mortars, along LoC in various sectors of AJK," the statement added.

In the deliberate attempt, the Indian Army did not limit itself to engagement of army posts and positions, rather, in utter disregard to all international obligations and human rights, targeted the civil population resulting in martyrdom of four innocent civilians and injuries to 12. Local officials later provided increased figures.

The statement said, India also suffered "substantial losses" in terms of troops and material in Pakistan Army's "befitting reply" to the firing that had also been accepted by Indian media, according to an Inter-Services Public Relations statement. India's confirmed losses are "much more than being acknowledged, it added.

A report by The Hindu newspaper said 10 people, including six civilians, three army soldiers and one Border Security Force (BSF) soldier, were killed and more than 20 others injured in firing by Pakistani troops in four districts of Indian-occupied Kashmir.

The Inter Services Public Relations said, “Such cowardly acts of targeting innocent civilians reflect sheer lack of morality, utter un-professionalism and total disregard to human rights by the Indian Army and are also clear violation of cease fire understanding of 2003.”

It reiterated that Pakistan was a peace loving country and the Pakistan Army also pursued the same aspirations.

In the wake of India Belligerent posture as it has revocated the special status of Jammu and Kashmir; and changed the controversial land laws of J&K, the militancy in IIOJK has been increasing since then. Despite the extended number troops and strict restrictions in J&K, Kashmir are producing continues freedom fighters, who have this time resorted to peaceful means to win independence.

Although Inter Services Public Relations claims that in latest encounter with freedom fighters the Indian Army have suffered causalities but according to other reports it was fake encounter in which innocent Kashmiris were killed to show presence of militants in the area. Because of these fake encounters, Kashmiris are suffering other serious domestic problems in the wake of Indian government’s negligence to address their internal issues in the occupied territories. To satisfy the Indian Government and Army war-mongering ambitions they are trying to divert their domestic audience attention toward their heinous atrocities.